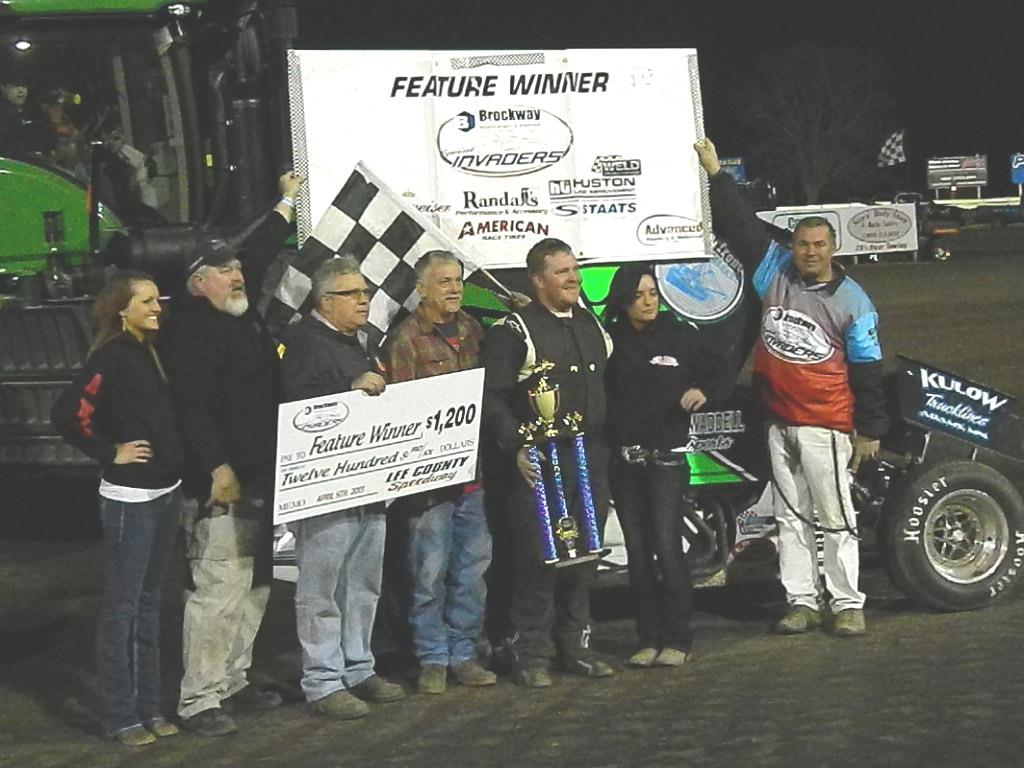 (Bill W) April 6, 2013 – For the second time in as many events with the Brockway Mechanical & Roofing Sprint Invaders, a driver produced a clean sweep on the evening. This time, it was Russ Hall’s turn to win his heat, the Dash and the 25-lap feature event. It was the Pleasant Hill, Iowa driver’s second career feature win with the Sprint Invaders.

The main event saw pole-sitter, Daniel Bergquist lead lap one. Hall started inside row two and took the lead on the low side to complete lap two. Hall opened up a lead on Bergquist, while season opener winner, Paul Nienhiser, pressured for the runner-up spot, taking it on lap four.

Mike Houseman Jr. steered his mount into third, and was followed by Scotty Thiel by Bergquist, before Tim Moore spun with ten laps in the books. Hall had the lapped car of Jamie Ball between himself and Nienhiser on the restart, and he shot off in the Waterfront Seafood Market #45c.

The rest of the event went non-stop with Hall cruising to victory. Nienhiser was never challenged in second, while Thiel made a late race move on Houseman for the show position.

“I really don’t know what we did,” said an excited Hall in Victory Lane. “This is a new Schnee chassis and we are still figuring it out. Our Ostrich engine is kick-ass though. My Dad (Roger) and Dirty Red worked hard on this thing, and it feels really good to get this win. It’s been a long-time coming!”

The Sprint Invaders travel to the Davenport Speedway on the Mississippi Valley Fairgrounds in Davenport, Iowa on Saturday night, April 6.