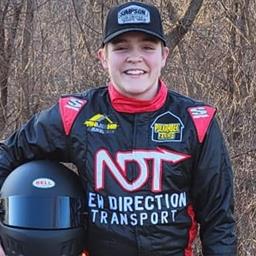 Wednesday night Jack Anderson and teammate Gage Pulkrabek headed to Oskaloosa, Iowa for some test and tune to get prepared for their first season in sprint car racing.

After firing up their 360 engines for the first time they were also able to take to the track and take their first laps ever in a sprint car around Southern Iowa Speedway.